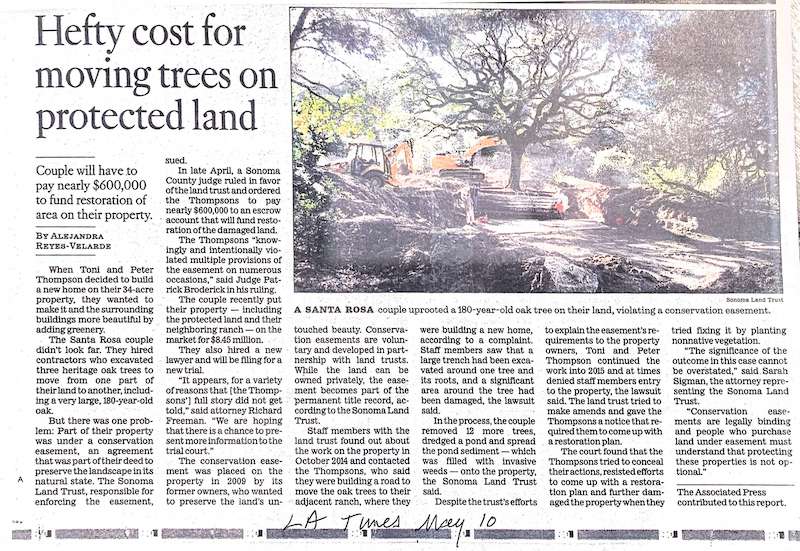 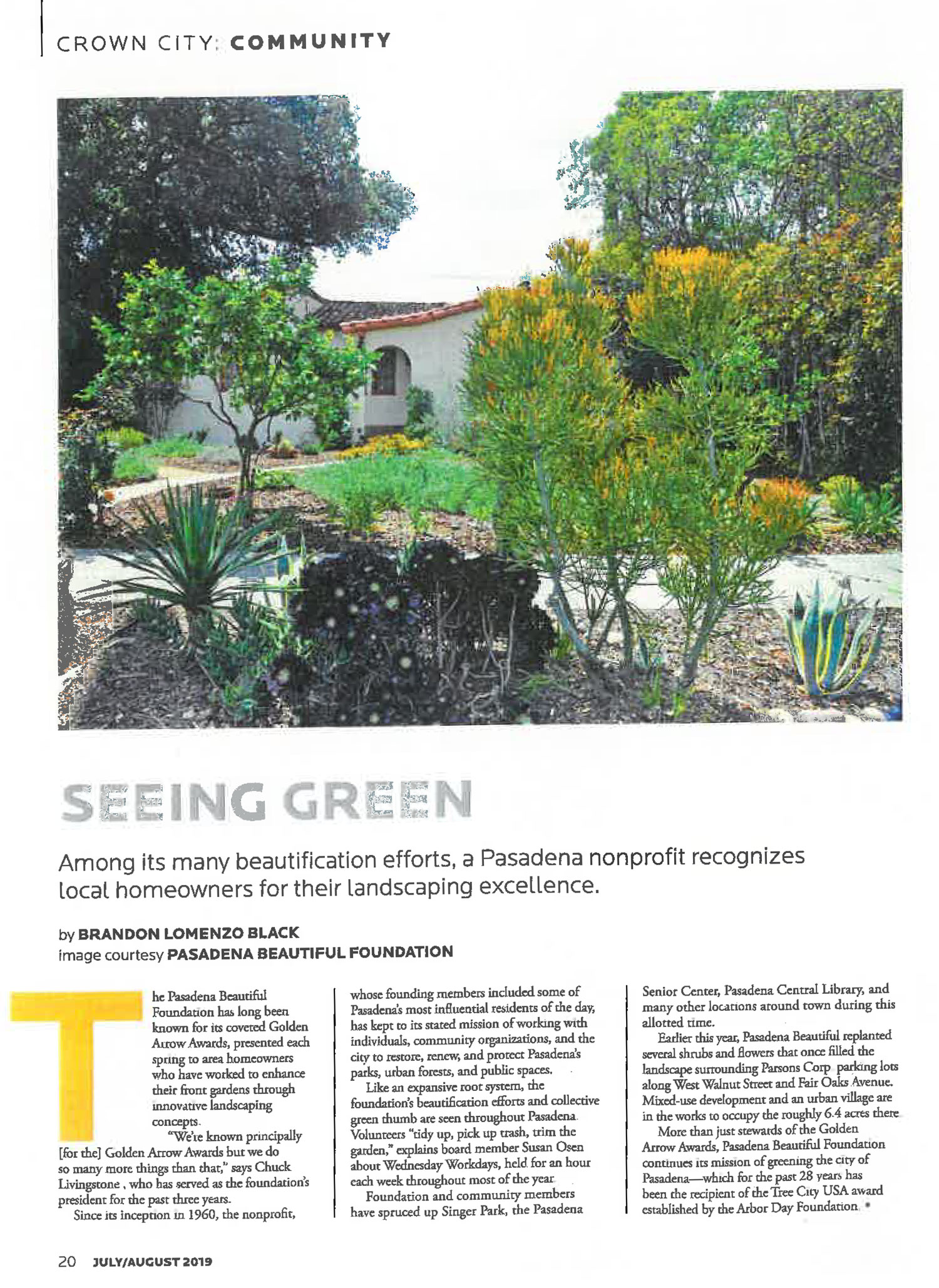 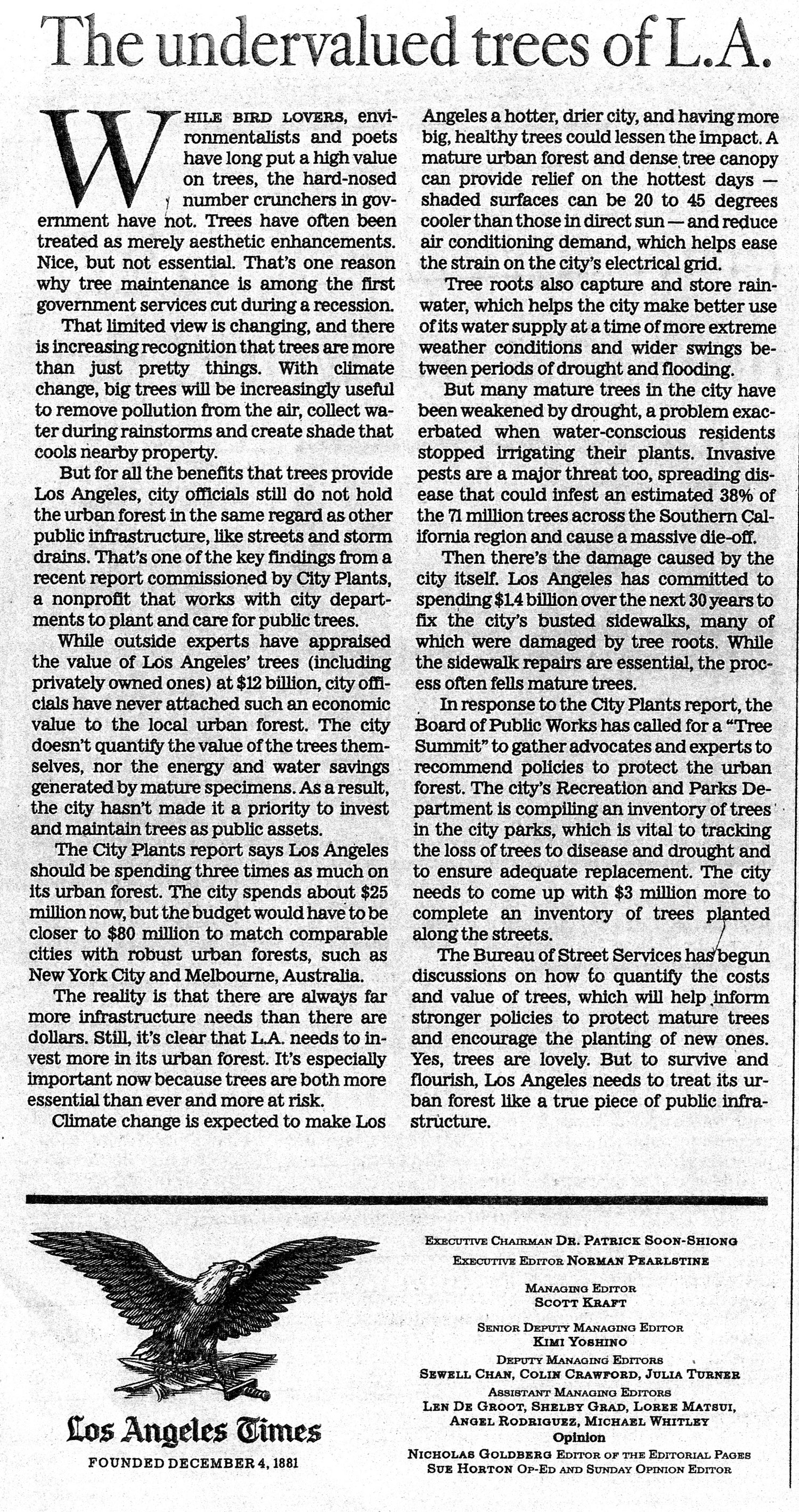 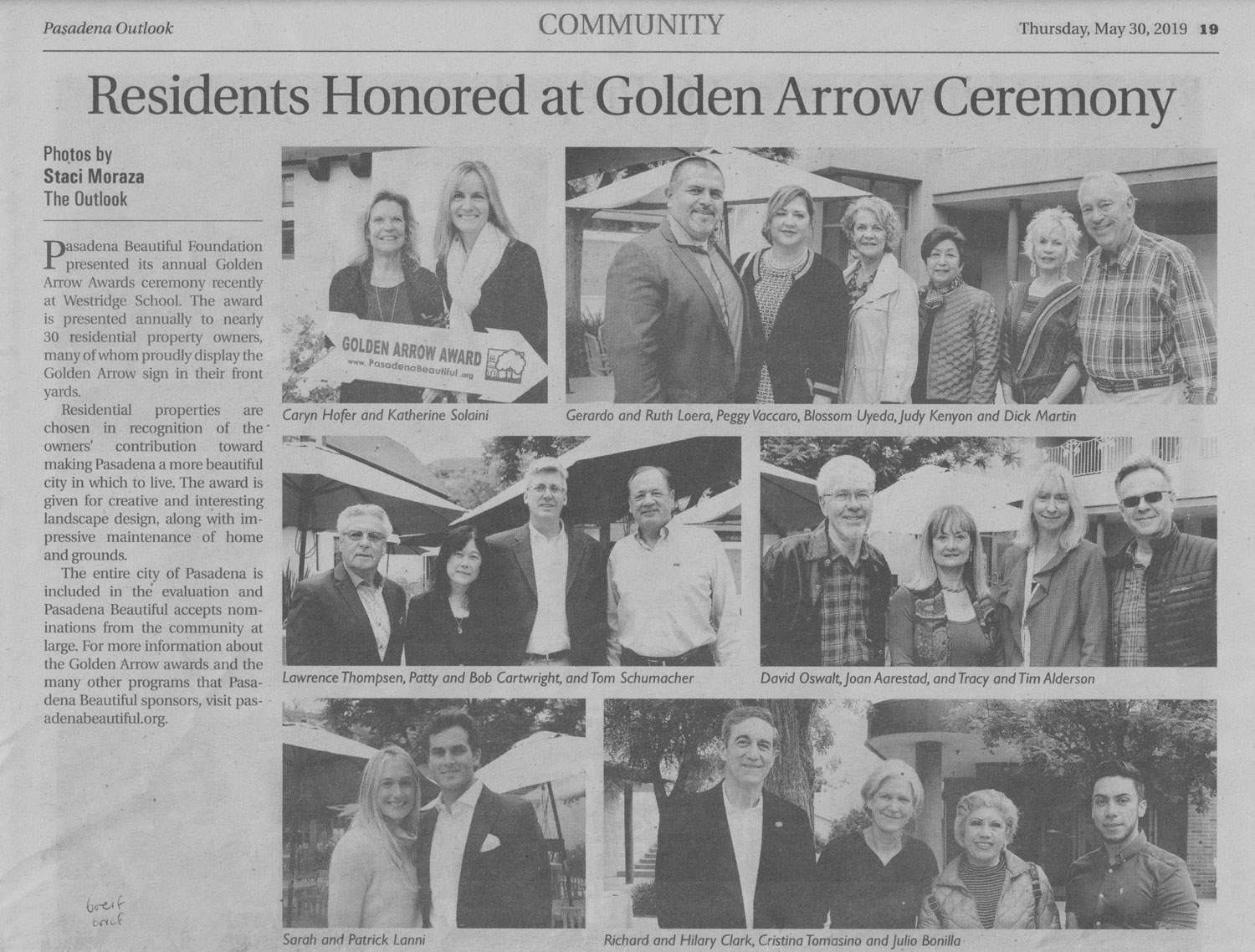 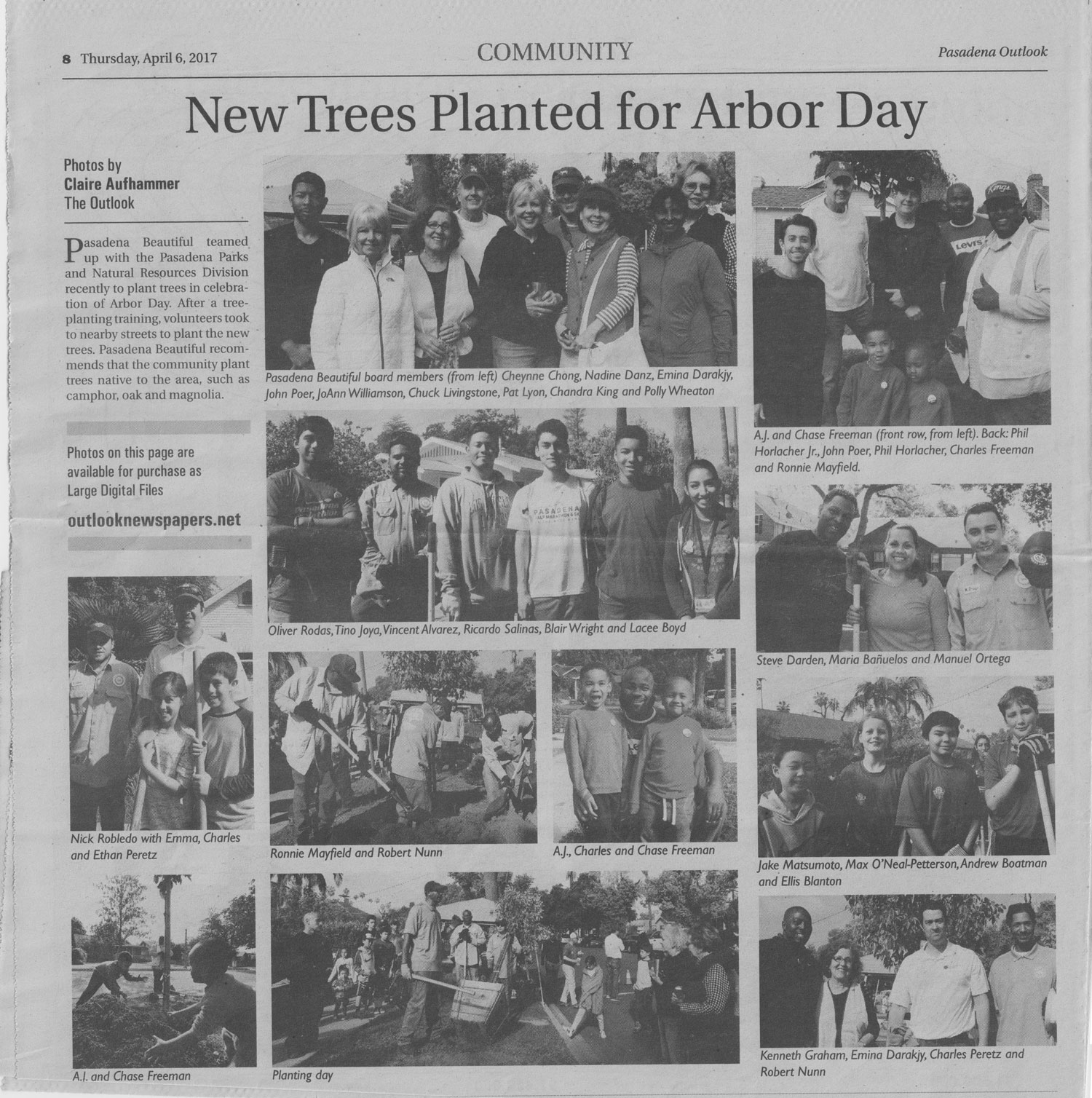 Join us on Saturday to Plant Trees!

PBF funds and individually selects between 2-3 dozen trees each year in conjunction with the City to celebrate Arbor Day.  This is also an opportunity to teach local youth groups the importance, the planting and the care of trees.

The Pasadena Beautiful Foundation has been instrumental in what is expected to be a very successful relocation of numerous plants scheduled for removal from the Ralph Parson’s campus ahead of demolition and redevelopment of the property. Redevelopment of the Parson’s site on West Walnut has been a topic of conversation for the past few years. Late last year Pasadena Beautiful Foundation decided to see what we could do about salvaging some of that plant material . We contacted the developer, Lincoln Properties and were delighted to find a very enthusiastic response to our suggestion.

Pasadena Beautiful then contacted the Pasadena Department of Public Works to enlist their support, and the plan was hatched! Pasadena Beautiful and city representatives from the Parks Division met and walked Parson’s campus to get a good look at the plant material and determine what could be successfully harvested. Suggestions were made for the deployment of the plants in various city parks and library gardens  as well as the city hall complex including police headquarters.

The effort is expected to be accomplished in phases starting in mid February with the relocation of the plant material from Holly Street which is to be extended through to Pasadena Ave. Many of the plants have been transplanted in the courtyard garden at the Hill Street Library garden and its exterior perimeter. Others have been moved to the front entrance of the Central Library. Another portion of the plant material has been deployed to the area around the new facility in Central Park.

The second phase is projected to start in early June with the harvesting of the Walnut and Fair Oaks sides of the block and replant that material in parks and public green spaces throughout the city. Projected sites and ideas are currently being evaluated for potential suitability and sustainability.

A big thank you to Lincoln Properties for their positive support in our efforts to keep Pasadena Beautiful. Also many thanks to Jason Vega, Pasadena Parks Coordinator, and his great team that provided the manpower and equipment to get the task accomplished. 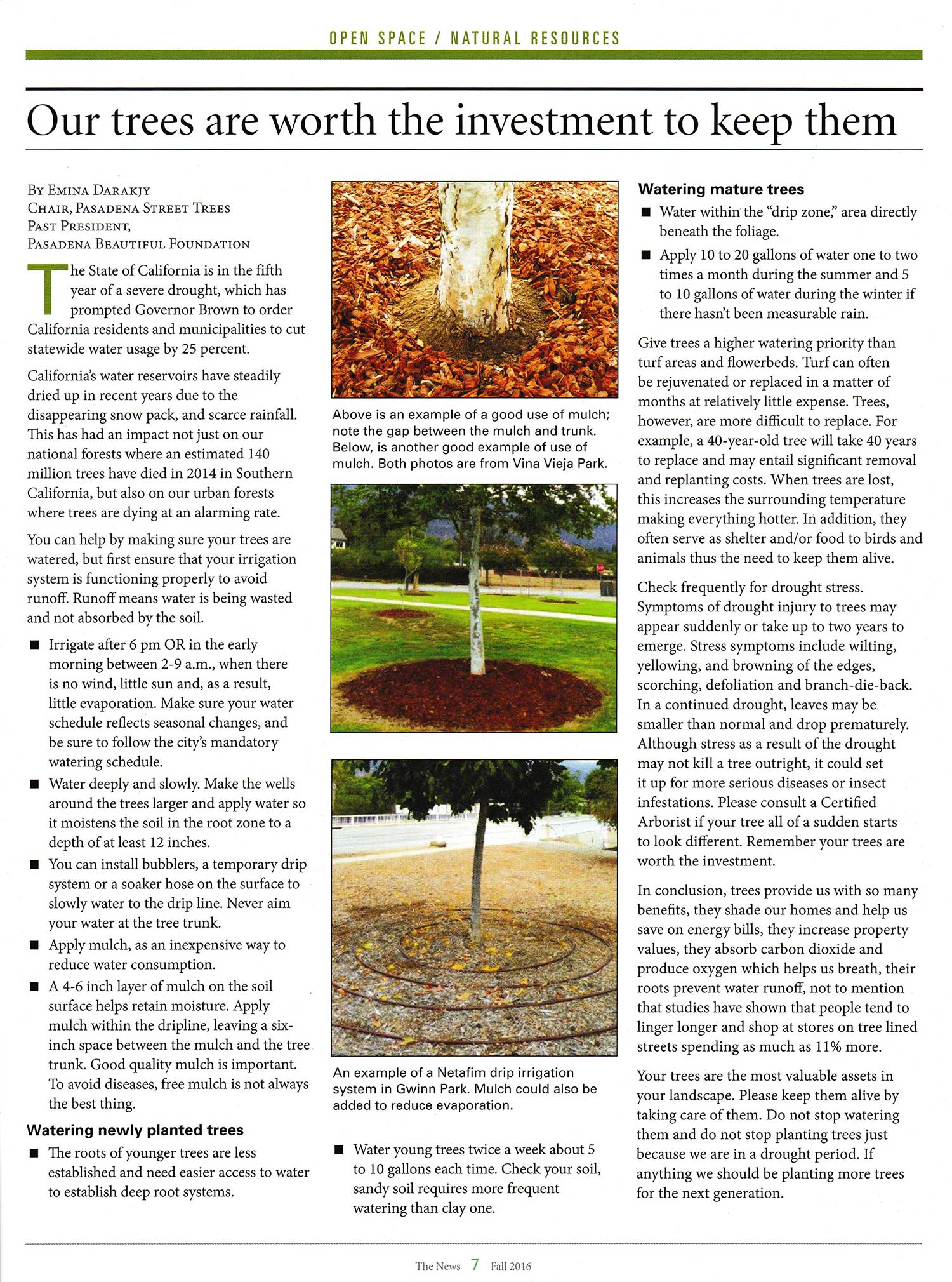 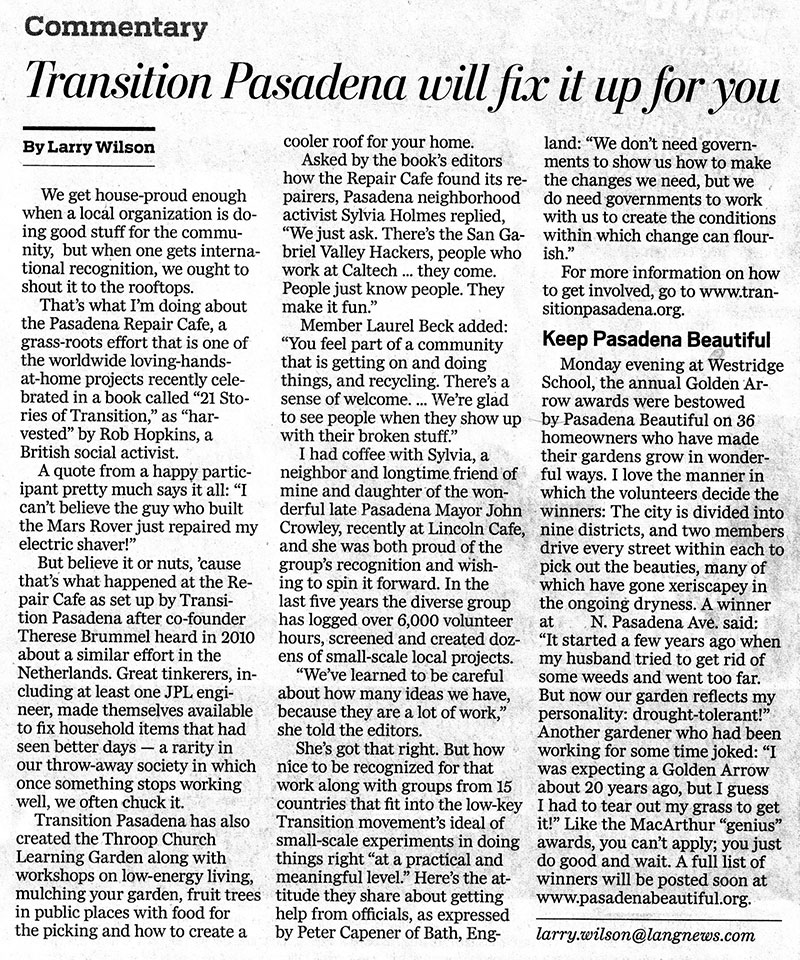 PBF member, Julie Russell organized this event in collaboration with Learning Works.  PBF bought and donated 13 semi-dwarf citrus trees which were planted at the location on Walnut just down the street from Learning Works by volunteers.

From the Library: I’m pleased to let you know that the patio garden is very popular at Hill Ave Branch Library. We are pleased to be able to offer this space for people who want to read outside, eat lunch or play after crafts and programs, including story time. We have had one large program outside – an animal show, and we plan to have more programs soon. That space accommodates many more people than we can fit into any space inside. So, I want to thank you once again for helping to make this happen. Please pass my thanks along to all Pasadena Beautiful participants.

Pasadena Beautiful Foundation members along with the City of Pasadena Parks & Natural Resources crew and Flintridge Preparatory School volunteers have gathered to restore plantings at Singer Park in past years.

Members of Pasadena Beautiful Foundation, along with City workers and Flintridge Preparatory School volunteers gathered to plant 60 new rosebushes in Singer Park—a special place for Pasadena families dating back over 80 years. In addition to the roses, planting areas were filled in with brightly colored gazanias and lantana.

Pasadena Beautiful Day, an annual event, reflects the organization’s ongoing collaboration with the City and local school volunteers as a demonstration of Pasadena Beautiful’s mission to maintain and enhance our city’s urban forest.

Roses planted at Singer Park in their glory.

Pasadena Beautiful Foundation applied for and was awarded a grant from the Pasadena Community Foundation to redo the Santa Catalina Library front gardens. PBF Board member, Sylvia Hale, served as project chair. Landscape Designer, Gavi Yariv submitted a design and, Tom Hunter from the City of Pasadena created a grading plan. On Saturday, October 24, between 8 a.m. and 12 noon volunteers, along with the City, removed all plants. In addition, the City prepared the soil and dug necessary holes in preparation for planting.

The planting of the garden took place on Saturday, November 14 from a.m. to 12 noon. The garden is now drought tolerant and water-wise. Cityworkers and community volunteers participated in the planting activity. Sylvia Hale noted that the project was a very productive collaboration between library representative Barbara Ayala, Pasadena Public Library, Pasadena City Public Works’ Parks and Natural Resources Division and crews, the Pasadena Community Foundation and PBF.

A ribbon-cutting ceremony was held immediately following the planting.

The Pasadena Community Foundation approved the full $10,000 grant request to re-landscape the Pasadena Senior Center west and front gardens.  Marco Barrantes of La Loma Development Company Inc. designed the plan.  Execution of the plan was completed in June of 2011 by the City of Pasadena with participation from PBF members.

The grant monies allowed PBF to pay the City for the installation and placement of a new irrigation system.  Grant funds also paid for materials: drought-tolerant plants, two benches for bus riders and decomposed granite. Three trees will be purchased with monies from the Tree Fund.

In early spring of 2013, members of PBF planted hundreds of donated narcissus bulbs at Sidney F. Tyler park.  This is the landscaped median which is between Lakewood Place and Lake Avenue, just south of California Boulevard.  It was beautiful when they were in bloom.

We hope next year it will be spectacular.